The BIBF conducts an Executive Masterclass on IFRS 16 – Leases

The BIBF conducts an Executive Masterclass on IFRS 16 – Leases 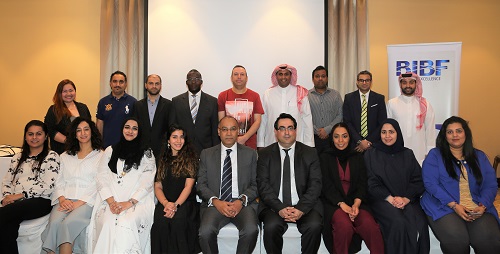 Based on the annual update of the International Financial Reporting Standards (IFRS), the Bahrain Institute of Banking and Finance (BIBF) has held an Executive Masterclass on IFRS 16 – Leases, for senior members of the financial services sector in Bahrain, to further strengthen the Kingdom’s position as the most established financial hub in the GCC.

The IFRS 16 – Leases standard issued by the International Accounting Standards Board (IASB) took effect in Bahrain from 1st January 2019, with earlier adoption permitted.

The regulation of leases has been redesigned by IASB after a long consolidation process. The new leases standard clarifies and changes most of the rules, and brings the lease arrangements of the lessee on the balance sheet by classifying all the leases as financial leases. The changes have important implications on preparing financial statements, and in their interpretation as well as the calculation of various ratios.

The session was led by George Skordis, a seasoned Banking Expert based in Europe reviewing the practical issues of the new lease standard.

The BIBF Head of Banking & Accounting Centre, Mr. Deen Jayah stated, “It is vital that professionals who are directly involved in preparing financial statements, and the management staff of banks, insurance firms and other financial institutions get themselves updated with the latest pronouncements and changes in the International Financial Reporting Standards. The BIBF upholds itself to the highest quality of training standards and has selected the most relevant topics for today’s dynamic markets. The IFRS team is made up of expert chartered accountants who are able to explain complex issues in a clear and concise way.”

BIBF receives a Letter of Commendation from The Chartered Institute of Marketing...