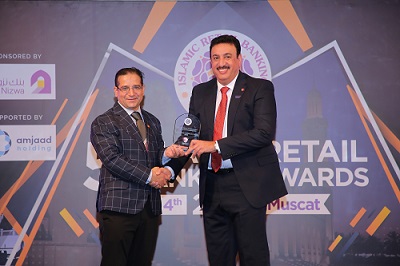 The BIBF was recognised as the “Best Islamic Finance Training Provider”, at the 14th Islamic Business and Finance Awards, held on Wednesday 23 October in Dubai. The ceremony was attended by top Islamic bankers in the region, as well as leaders from across the Islamic finance landscape.

The BIBF also received the “Best Islamic Finance Training Provider” for this year, which is granted annually by the Islamic Retail Banking Awards (IRBA) Committee in collaboration with Cambridge International Financial Advisory (IFA). The award ceremony was held on Monday 4 November in Muscat.

The BIBF Islamic Finance Centre is the first Islamic finance professional qualifications provider in the world. The Centre works with regulators, Islamic financial institutions as well as infrastructure institutions such as the World Bank and Islamic Development Bank.

Upon receiving the awards, Dr. Ahmed al Shaikh stated, ‘We are humbled to be recognised as the leading Islamic finance training provider in the world by two separate global entities. Such recognition increases our resolve to further facilitate the global Islamic finance industry and strengthen the Kingdom’s position as a global centre for Islamic finance. He also added, ‘The BIBF continues to provide quality training opportunities to facilitate the development of Islamic finance human capital; building an ecosystem of highly skilled professionals, who will enhance and expand the industry’s global footprint.’