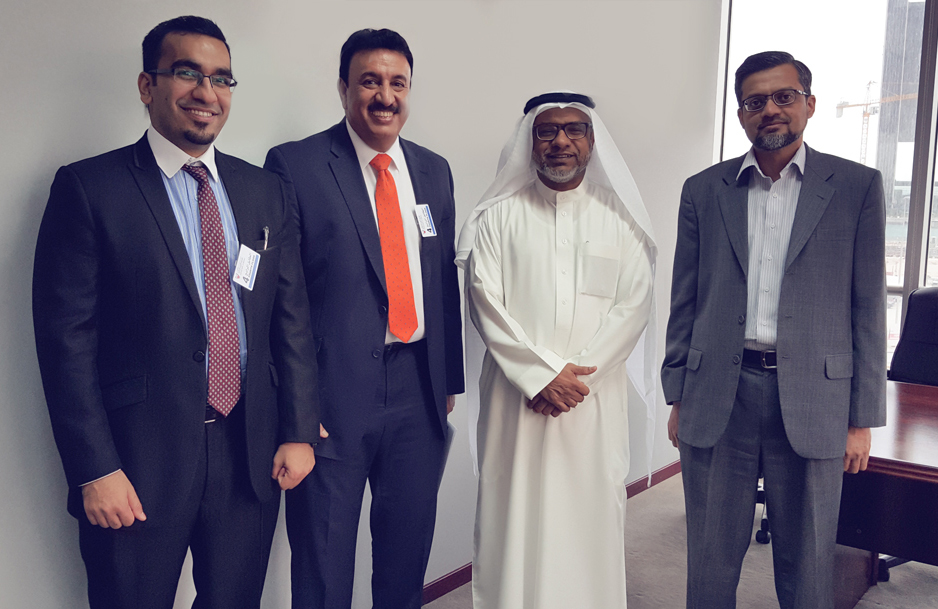 The Bahrain Institute of Banking and Finance (BIBF) recently received a financial support from the Waqf fund for the development of a holistic e-Learning platform that will revolve on the standards of Accounting and Auditing Organisation for Islamic Financial Institutions (AAOIFI). The platform will be an important reference for the Islamic Finance Industry and will be an easily accessible and widely affordable one stop e-Learning solution that will raise awareness and further understanding towards the AAOFI standards globally and further expand the scope of the institute in broader markets.

On this occasion, BIBF’s Deputy Director, Dr Ahmed AbdulGhani Al Shaikh, expressed his appreciation to this significant step for the development of human capital in the Islamic Finance industry. He stated “BIBF is a pioneer in the area of Islamic Banking and Finance training and education not only regionally, but also globally. Accordingly, this agreement is a major step as it addresses human resources requirements to support growth, based on sophisticated academic criteria and modern technology. Eventually, it aligns to serve BIBF’s strategic goal in terms of excellence and value-added education and training.”

For his part, Mr. Khalid Hamad, the Chairman of the Waqf Fund expressed the need of the Islamic Finance sector to focus on the development of human resources and innovation in the next phase of its growth. He added that the funding granted for the development of the BIBF e-learning platform was derived from this vision and hence is a necessity. Mr. Hamad stressed the importance of raising the level of excellence and standards of efficiency for Islamic finance human capital; to ensure sustainable growth and development of the banking industry overall.

The Bahrain Institute of Banking and Finance will launch the first phase of the e-learning platform at the end of the year, which will include the AAOIFI Shari’ah standards. The remaining standards will launched in the subsequent phases over the next period of the year. BIBF also intends to take a large part of its existing training modules and qualifications online, further enhancing its reach beyond Bahrain/GCC to the world over.

BIBF holds a Master Class on the IFRS 9 Update

This site uses cookies. By continuing to browse the site, you are agreeing to our use of cookies.

We may request cookies to be set on your device. We use cookies to let us know when you visit our websites, how you interact with us, to enrich your user experience, and to customize your relationship with our website.

Click on the different category headings to find out more. You can also change some of your preferences. Note that blocking some types of cookies may impact your experience on our websites and the services we are able to offer.

These cookies are strictly necessary to provide you with services available through our website and to use some of its features.

Because these cookies are strictly necessary to deliver the website, refuseing them will have impact how our site functions. You always can block or delete cookies by changing your browser settings and force blocking all cookies on this website. But this will always prompt you to accept/refuse cookies when revisiting our site.

We fully respect if you want to refuse cookies but to avoid asking you again and again kindly allow us to store a cookie for that. You are free to opt out any time or opt in for other cookies to get a better experience. If you refuse cookies we will remove all set cookies in our domain.

We provide you with a list of stored cookies on your computer in our domain so you can check what we stored. Due to security reasons we are not able to show or modify cookies from other domains. You can check these in your browser security settings.

These cookies collect information that is used either in aggregate form to help us understand how our website is being used or how effective our marketing campaigns are, or to help us customize our website and application for you in order to enhance your experience.

If you do not want that we track your visit to our site you can disable tracking in your browser here:

We also use different external services like Google Webfonts, Google Maps, and external Video providers. Since these providers may collect personal data like your IP address we allow you to block them here. Please be aware that this might heavily reduce the functionality and appearance of our site. Changes will take effect once you reload the page.

The following cookies are also needed - You can choose if you want to allow them: