Director appointed at The BIBF

Director appointed at The BIBF 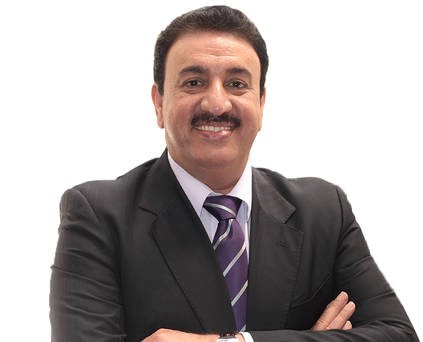 The Bahrain Institute of Banking & Finance (BIBF) has announced the appointment of Dr. Ahmed Abdul Hameed Abdul Ghani AlShaikh as its Director to enhance its operations and strengthen its position as the leading financial Institute in Bahrain and the region.

This appointment underscores the BIBF’s focus on developing its core objectives of providing world-class education and training opportunities for Bahrain and the region.

On this occasion, the Governor of the Central Bank of Bahrain and Chairman of the BIBF, Mr. Rasheed AlMaraj said, “On behalf of the CBB and the Board of Directors, I would like to congratulate Dr. AlShaikh on his appointment as Director of the BIBF. I am confident that Dr. AlShaikh will make major contributions towards the development of the BIBF, to further enhance its position as a world class institution locally and regionally.”

Dr. Al Shaikh’s previous roles include a number of high profile leadership positions most recently as Vice-President, Enterprise and Human Capital Development at Tamkeen. Part of the original management group, he was responsible for executing the Human Resources Development and Private Sector Support initiatives which constituted a major element of the Labour Market Reform Project and Tamkeen’s mandate.

He has spent more than 16 years in higher education holding various positions in the College of Business Administration at the University of Bahrain. He played a major role in executing several strategies in the capacity of Chairman of the Economics and Financial Department and the Director of Continuing Management Education Programme. Dr. Al Shaikh also lectured at both the University of Maryland and the Bahrain Institute of Banking & Finance. At the University of Bahrain, he established the evening programme of the College of Business Administration and also the Bachelor of Science Programme in Banking and Finance.

Dr. Al Shaikh has held a variety of consultancy roles including initiatives such as the ‘Productivity in Bahrain Manufacturing Industries’, ‘Privatization in Bahrain’, and ‘Refining and Adjusting Aspects of the Macro-Economic Forecast for Interactive Multimedia in GCC countries’.

The BIBF’s Board holds its second quarterly meeting for 2017