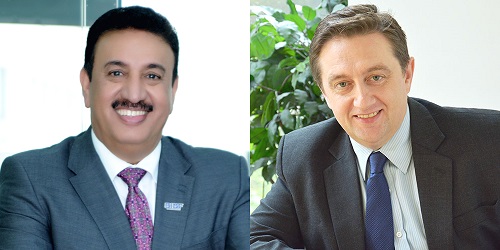 The post-graduate degree partner of the Bahrain Institute of Banking and Finance (BIBF), University of Strathclyde has been ranked 1st in Scotland by the latest Economist Executive MBA Rankings for the year 2020.

The Economist has produced its ranking of the top Executive MBA programmes around the world and Strathclyde has been ranked in the top 6 in the UK, top 20 in Europe, in addition to being ranked at the 68th place globally.

This is The Economist’s fourth biennial ranking of executive MBA (EMBA) programmes. Programmes are ranked on two broad measures: personal development/educational experience and career development. Earlier this year, Strathclyde was named Scottish University of the Year 2020 by the Sunday Times Good University Guide and was named University of the Year at the Times Higher Education. Awards at the end of last year – the first UK University to win this award more than once.

The ranking and award are the most recent for Strathclyde in a year when Strathclyde University marks 25 years of its MBA in Bahrain and in the UAE where it has helped to develop the next generation of leaders, with over 5000 alumni across the GCC.

Associate Principal and Executive Dean of the University of Strathclyde, Professor David Hiller, said: “This year, we are delighted to celebrate the 25th anniversary of the Strathclyde MBA in the Kingdom of Bahrain. In 1995, we became the first foreign university to offer an Executive MBA to local managers in Bahrain and the UAE and since then we have seen over 700 MBA students graduate in Bahrain.”

He also added, “Over our 25 years in Bahrain, we have watched as the country has grown and prospered; particularly so with the clear direction and focus of the Bahrain Economic Vision 2030, launched in October 2008 by His Majesty King Hamad bin Isa Al Khalifa.  We have been delighted to be part of this economic development and learn of the successes of our alumni, many of whom now hold senior executive positions across a wide range of public, governmental and corporate organizations in Bahrain.”

“We look forward to seeing even more of our students graduate and become successful Bahraini business leaders and we remain committed to playing our part in that development.” Professor Hiller concluded.

BIBF Director, Dr. Ahmed Al Shaikh, extended his warmest congratulations to the team of Strathclyde on this outstanding achievement, stating, “The BIBF continuously strives to provide internationally-recognised education that matches local and regional business standards, and for the past 25 years, the Strathclyde MBA has been the executive programme of choice for business leaders in Bahrain.

Dr. Al Shaikh also added, “We are proud of this long-standing partnership with Strathclyde University to provide the opportunity for business professionals to receive one of the most highly sought-after MBAs in the world.”